LoveLegacyDignity aspires to playing an advocacy role for shifts in society in terms of the health insurance industry and the legal framework as well as supporting the ethos of patient’s rights.

LoveLegacyDignity works with individuals with its focus on fostering conversations that enhance how we choose to live and transform how we engage with the ongoing presence of our inevitable mortality.

Early discussions about death and dying lead to more patient empowerment, as they improve their health literacy – regarding their end-of-life choices. It helps them give informed consent on what they would like their Medical Proxies and health specialist to do for them when they can no longer speak for themselves.

An enabling environment would facilitate the effectiveness of our work.

Research shows that when people have Advance Directives in place early in their lives that in the longer term they:

Firstly, incentives for the completion of Advance Directives. Many health insurance service providers offer incentives for gym and exercise activities as well as undertaking regular tests such as mammograms etc. Our engagement with the health insurance industry is to encourage them to offer an incentive to individuals to complete their Advance Directive and nominate their Heath Care Proxy – the person who will make decisions for them if they are not in a position to do so for themselves.

Secondly, a technology step-up is needed so that such documents as the Advanced Directives are immediately accessible when someone arrives at a hospital for emergency treatment.

Engagement with the legal framework

Countries differ and within countries states differ. So what would be the perfect universal commonality that would most support dignity?

Engagement with education curriculum designers so that doctors, lawyers, financial advisors, spiritual advisors and social workers are more comfortable to encourage breaking current taboos that prevent people from having conversations about their mortality. 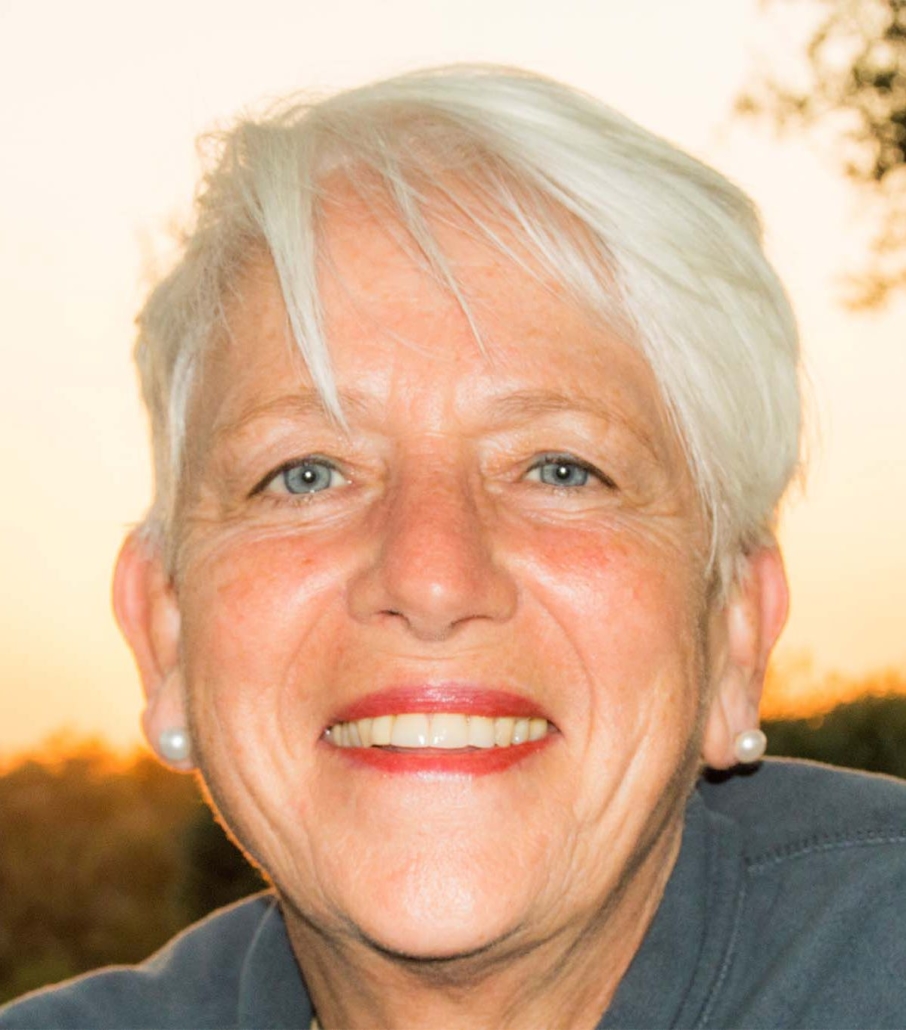 Helena Dolny’s work has always facilitated conversations for people to do their best thinking and take control of shaping their lives. She worked with agricultural cooperatives in Mozambique and was CEO of the Land Bank 1997-1999 leading its transformation to loan money to black people for the first time in its history. (Banking on Change. Penguin 2001). She works internationally as a leadership coach (Team Coaching: Artists at Work. Penguin 2009). She’s lived a life with death in close proximity. She married Joe Slovo, a prime target on the apartheid hit-list and needed to make peace with a readiness to die at any time. Helena is passionate about the difference that having conversations can make (Before Forever After: when conversations about living meet questions about dying) Staging Post 2016. She is a trained rites of passage guide and brings her writing and coaching skills to her role as co-founder of Love Legacy Dignity.

Check out 5 Questions for Helena 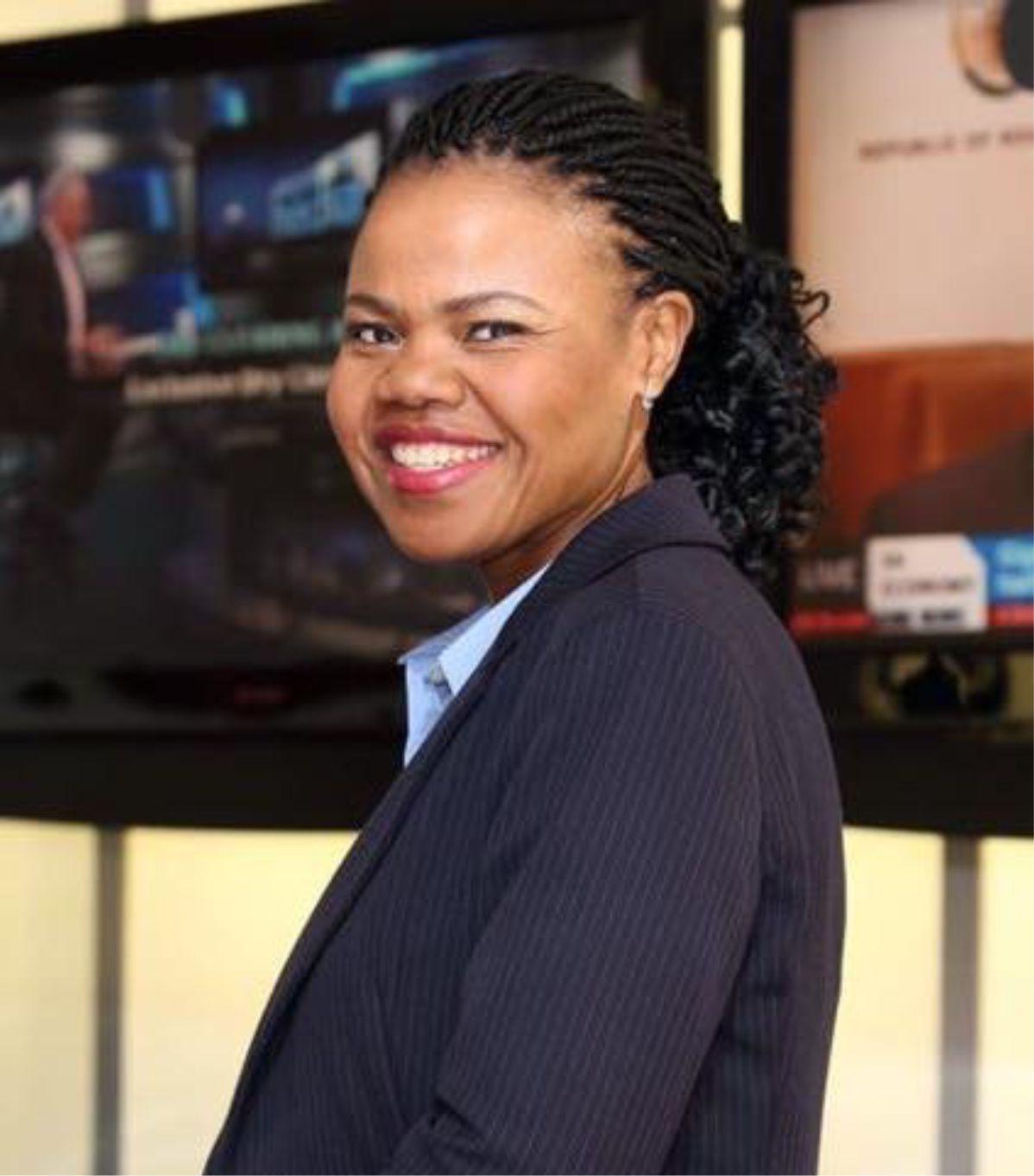 Ngiphiwe (Mapi) Mhlangu has worked in the news industry for 25 years. After leaving her role as Managing Director of eNCA News she founded Minsight Content Creation, a consultancy firm that works with newsrooms across the continent. Mapi’s passion is story-telling and its impact on shaping and reshaping societal narratives. She has covered a myriad of death stories:  the thousands who’ve died from HIV/AIDS, the Marikana massacre, the passing of President Nelson Rolihlahla Mandela. This coverage made her even more aware of fights over: who owns the body, fights over burial places, property, patriarchy and so on. Mapi’s mother wrote down her specific wishes which pre-empted family conflict and stopped people taking over. Mapi’s awareness led to her co-founding Love Legacy Dignity as a social enterprise that helps people overcome the taboos on talking about dying and in doing so reshaping how society engages with this universal experience.

Check out 5 Questions for Mapi

Mapi and Helena: Our Story 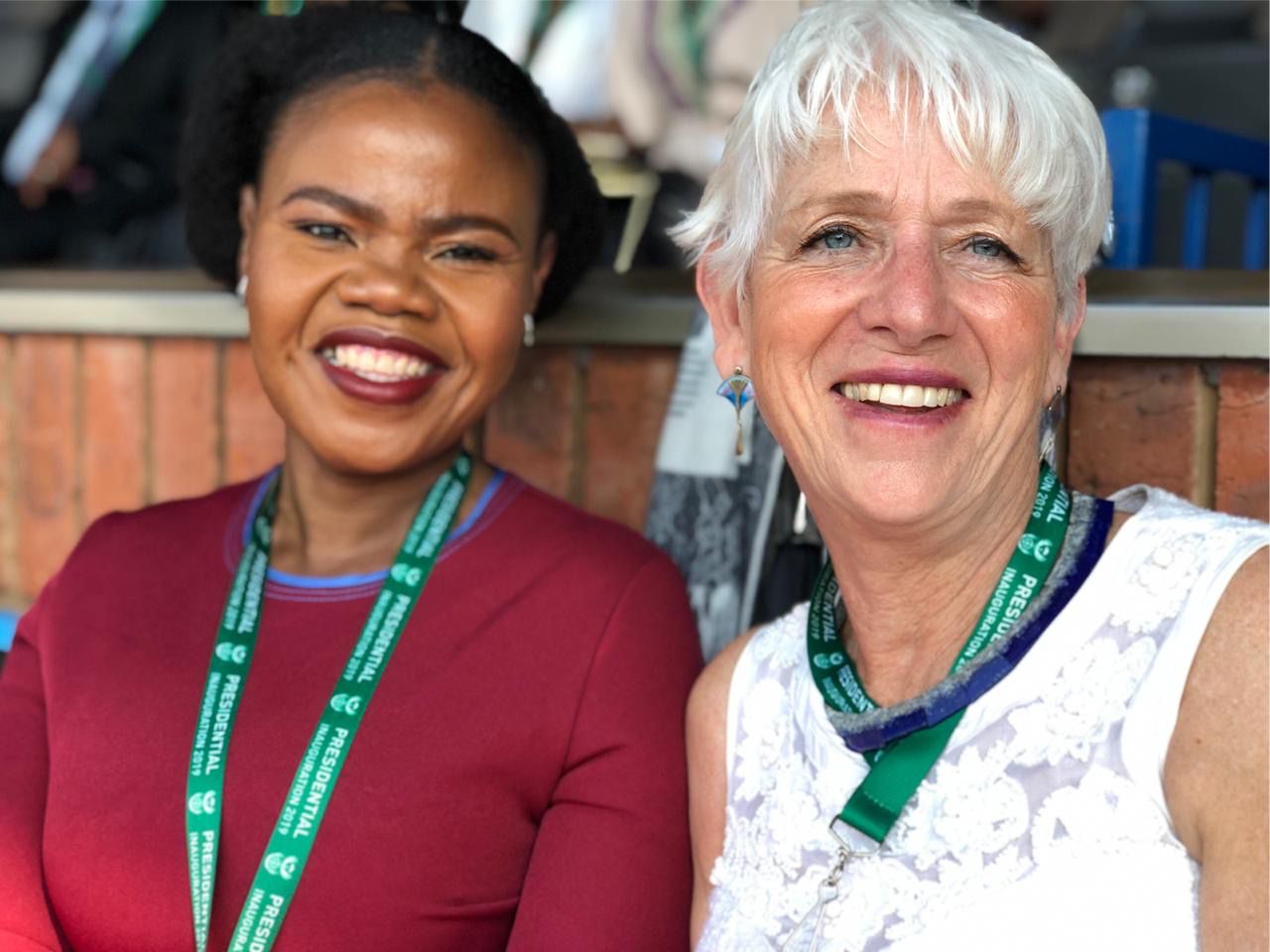 It was February 2011. To the great relief of the South African nation, Nelson Mandela had come through another round of hospitalization. He was discharged after recovering from an acute respiratory infection. This was the latest of a series of health problems. His last public appearance was months earlier – during the 2010 FIFA Soccer world cup on a winter’s night in July he was driven onto the field at the final seated in a golf cart.

After that Mandela’s hospital visits were often announced as routine check-ups or specialist tests. But Mandela’s hospitalization in February 2011 at the Milpark Hospital led to national panic, and outpouring of love, collective grief and national prayers. News networks gave a 24/7 blow by blow speculative assessment about the health of Mandela then 92 years old.

I was one of assignment editors who across the globe were deploying reporters asking them to ‘capture the mood of the nation” which could be summed up as, “Please don’t go …not just yet.” As a broadcaster my brain wanted to grasp at any straw of optimism. I was not confident about our state of readiness to give Tata the send-off his life deserved. As a citizen I had not yet imagined a post-Mandela South Africa.

My attitude changed when later that week I read a sobering article in the Mail Guardian headlined “Nation needs to be ready to let Mandela go’ It was written by Helena Dolny, leadership coach and hospice volunteer. In the article she asked this question “Will I pray next time its reported that Madiba is very ill”?

Dolny wrote that she had just finished reading Easeful Death, by Mary Warnock and Elisabeth Macdonald, a book that advocates living well and dying well, not being kept alive by medical technology when life no longer offers “critical interests” and present value for the person. She ended her article by saying she hoped Mandela will die in his own bed or his favorite chair, surrounded by whoever or whatever gives him the deepest feeling of peace.

Her thought-piece altered my unreasonable optimism about the time we would still have with Mandela. I imagined scenes of him hooked up to a life-support machine. They did not sit well with me.

I wrote the Mail and Guardian article because I associated very strongly with the words from the song, “To everything there is a season, And a time to every purpose under heaven, A time to be born, and a time to die…”
I had accompanied my late husband, Joe Slovo, Mandela’s friend and freedom fighter colleague through four years of terminal cancer towards his inevitable death. One of my last conversations with Joe was about his readiness to die as living no longer held joy. Joe’s last visitor was Mandela. They sat in the bedroom, held hands, exchanged few words, expressed their affection for one another and Mandela said “Goodbye Joe” to which Joe replied, ‘Cheers”

Joe died in the early hours of the next morning. He died well. We’d been able to support his wish to die at home. Friends had come to take their leave and the loving family presence was strong.

That’s what I wished for Mandela. The vigils being held outside the hospital and his home, the many flowers and paintings, all coming from a good place, did not make sense to me because they were urging him to live rather than wishing him a good and peaceful passing.

After Joe’s death, I thought hard about, “What makes for a good death? What needs to be in place for us to be ready to die?” And I thought of conversations that I wished Joe and I had had over the four years of his terminal illness.

My husband’s death was actually the beginning of a long and winding road that has led to the founding with Mapi of LoveLegacyDignity. It began with my reflecting on the conversations that Joe and I did not have.

Joe completed a will only three days before he died. It took three months for the bank to accept that the shaky signature was indeed his in spite of his having signed in the presence of witnesses. Why had we never spoken about his leaving his affairs in order? Indeed, I was to discover later a policy which did not have his beneficiaries named.

The discussion about funeral wishes also took place literally at the last minute – again why did this conversation not happen earlier – when the decision making was not so pressing.

And then within a couple of days I discovered I had a 22-year-old stepson. I was astounded. It turns out that all my friends knew – and had never ventured to ask me how I felt – respecting my privacy. I had known Joe for 18 years and been his wife for ten. How come that conversation never happened?

And so my question became more focused: “How can we live a most fulfilling life and at the same time actively engage with a readiness to die? “And by readiness I mean a whole slew of conversation with loved ones – about relationships, forgiveness, secrets, money, property, bequests, funeral wishes and more.

I started to research and write my book that was published as Before Forever After: When Conversations About Living Meet Questions About Dying.

After the Milpark hospital episode I starting reading literature about dying and I also compared my mother’s last days to what Mandela was going through.

I began to question the role of medical technology in prolonging life or prolonging suffering. I discovered that a high level of medical interventions (34%) in the last year of someone’s life are considered ill-advised. But more significantly I began to pay more attention to conversations about death and dying.

I noticed our desire as a nation to collectively mourn and share our grief when someone of national significance died. We seemed to be comfortable talking about death posthumously, but extremely uncomfortable with pre-death discussions about living and dying.

Helena would later become my executive coach and we would talk about life purpose, my living with intention and getting my affairs in order. These conversations were not morbid but energizing and life affirming. That is how I ended up sharing the story of my mother in Helena’s book Before Forever After.

My mother was the epitome of the word ‘role model’ … she taught me about life, love, dying and legacy. In the last days of colon cancer, she gave me a parting gift. The gift was a series of difficult conversations about her impending death, as we watched her suffer from the cancer that was ravaging her body.
We spoke about our mother-daughter relationship, her legacy as a mother, her imminent death, and even the family secrets I was oblivious to. Then we spoke about her ‘send off’, the most difficult of all the conversations.
What she and I didn’t know was that this particular difficult conversation would be her lasting legacy. She captured every detail of her funeral, her final wishes, and removed the conflict that she knew would come after she left us. All the details, right down to her favourite salad to be served at her funeral, were written down in her own hand-writing. The result was a beautiful and dignified send-off that has left us, as a family peaceful – the most valuable legacy a parent can leave you. That was in 2004.
Helena’s article seven years later reminded of my mother’s courageous act and the importance having difficult conversations about living and dying … the importance of dying with dignity.

Before Forever After was published in 2017. Readers gave me feedback that I needed to run workshops. Writing requires solitude. Starting a company requires other skills – marketing, social media, designing courses, facilitating programs. I did not want to work alone. Mapi and I talked and committed to a long term partnership to birth LoveLegacyDignity into the world to encourage and support people to have those life affirming conversations which must include talking about death.

My mother’s actions were the best gift she could ever have offered me. I hope to extend this gift to everyone through my partnership with Helena.